Ha Long Bay is a World Heritage site in Vietnam twice recognized by UNESCO – in 1994 and 1999. With almost 2000 islands rising from the emerald water of the Gulf of Tonkin, Ha Long is an excellent example of a Karst landscape created by a complex chain of millions of years of geological movement.

A local legend tells the following tale of the origins of Ha Long Bay:

“Long ago,  the Viet people were attacked by foreign aggressors. The Jade Emperor sent the Mother Dragon and her band of Dragon Children to help the Viet people fight the invaders. While the enemy vessels were launching massive attacks against the mainland, the dragons descended in flocks from the sky. They spat out innumerable pearls which changed into jade stone islands the moment they touched the water. These islands linked together to form firm citadels that checked the enemy’s advance and smashed their vessels to pieces.

This floating village of about 50 families has a population between 200 and 300 residents, including almost 100 children.

These families have lived in this village for generations. The village is a “floating village” with no structures built on land. Traditionally, income for food and potable water (imported from the mainland) came solely from fishing. Now tourism provides an additional source of income.

Their floating houses look spacious and clean. One community house is where villagers come to have meetings. This is also the place where tourists stop over to buy traditional handmade items.

It is interesting to see the lively children going to “school”. Their bustling calls and the sound of their oars breaking water enliven the atmosphere of the quiet bay. Looking at the small boats driven by tiny oars and the radiant faces of the children going to school, one feels confident in a bright future for the fishing village.

Situated about 7-8 km south-east of Bãi Cháy lies the small Ti Tốp Island. It displays a beach shaped like a crescent moon, and sand that has been washed to a snowy white by the tide. On 22 November 1962, this tiny island had the honour of receiving a visit from astronaut Ghermann Ti Tốp, a hero of the former Soviet Union, accompanied by Hồ Chí Minh. To perpetuate the remembrance of their visit, Uncle Hồ named the place Ti Tốp Island. It has now become an attractive beach for tourists and has various of tourist services

Thirty-five years afterwards, on 27 June 1997, Ti Tốp returned to the island having his name. Deeply moved, he wrote in the souvenir book of the Management Board of Hạ Long Bay: “My deepest thanks to destiny, which has allowed me to come back to this tiny island.” It has become a beach attracting many visitors.

Ascending to the grotto, the way is covered by trees and foliage, and consists of great paved stone blocks.

Inside, it is partitioned into two chambers; the first one being similar to a wide theatre hall. Many strangely shaped stalactites hang from the high ceiling.

A narrow passage leads to the second room, where a flow of light meets visitors. The chamber is so immense it could contain thousands of people at one time.

At the deepest point of the grotto, a “royal garden” appears with a clear pond and a seemingly fascinating landscape of mountains. Many birds and plants (benjamin figs, cycads and centenary banyan trees) live here. On fine days groups of monkeys might arrive in search of fruit.

At the water-level, an arched entrance leads to the grotto, just at the base of the island. Passing through the pretty entrance, you come across a tranquil round lake, surrounded by luxuriant trees and high dangerous stone walls. Monkeys run to and fro in groups, benjamin fig trees shade the landscape and many orchids hang their sweet-scented flowers. In the lake, many species abound: shrimp, fish, crab and cuttle-fish.

This is an enclosed group of islands. It connects with the sea via a 4-meter-wide, 100-meter-long, and 3-meter-high mouth. Inside the grotto, the 1-km2 brackish lake is surrounded by mountains. On the cliff one still find traces of fossils of fresh-water snails, which prove that men used to live there and this must have been a deep valley then.

The beauty of the site, is the mingling of a number of factors: the mountain’s size and form, the color of the water and the clouds.

The island connects to a legend of about the romantic love between a youngest fairy who was very pretty with a young and poor fisherman. Because of feeling in love with him, she stole three peaches from Heaven for him, that if he ate, would give him eternal life, allowing them to live together forever. The King of the Heavens discovered the robbery and turned the peaches into three stone islands. Chastised, the young fairy had to return.

Explaining for the name “Soi Sim”, the locals said that in the past, the major plant on the island was Rhodomyrtus tomentosa (called “sim” in Vietnamese). Therefore, the island was named after that plant, “Soi Sim”.

Soi Sim Island has an area of 8.7 ha. On the island, there are two 200-meter hills covered by a green primeval forest. This primeval forest is home to many species of flora, especially endemic plants. This is the result of thousands of years isolated from the mainland.

Coming to Soi Sim Island, tourists will be impressed by peaceful ambiance and natural beauty of green primeval forest and blue sea. There are two charming beaches on the island with white sand and clear seawater. These are the preferred beaches of tourists on the holiday on Halong Bay. Moreover, from the top of the hills on Soi Sim Island, tourists will have great views to the spectacular scenery of Halong bay.

Recently, Soi Sim Islandis received more regards in developing tourism. Halong Bay Management Board set up a plan to planning the island to be an eco-tourist site which brings both economic interest and value of preservation. In the near future, Soi Sim Island will become an attractive holiday resort right in the center of Halong Bay, the World Natural Heritage.

Sapa Express Bus company is widely known as the leading leisure, entertainment  in Sapa - Vietnam. And we have long time working in hospitality industry for 10 years of experience. Now, we bring it to you with the most extraordinary part of the world special site, Sapa Moutain. 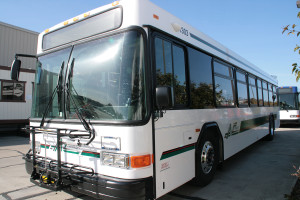